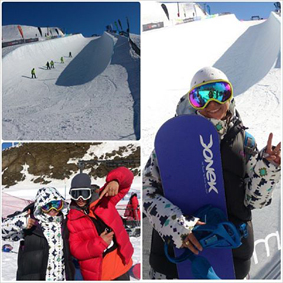 There are so many things I love about New Zealand; the fresh air, beautiful mountains and lakes, and the Cardrona halfpipe.  This year my coach Crispin Lipscomb and I came down to this little island on a mission. To ride well at the World Cup and make training count for this Olympic qualifying year. Coming down early made a huge difference, not only was I riding a board I had very few hours on, but it always takes some time to get used to the winter weather again, especially after I was ripped out from the middle of summer in North America.

Olympic hopeful and guest Pro Ride coach Katie Tsuyuki took time out of her busy training schedule to talk to us about Whistler, the board she designed and preparation for Sochi. 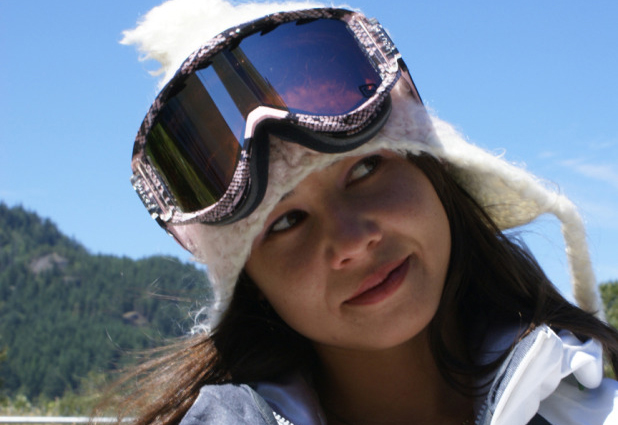 Where did you grow up and how did you get into snowboarding?

I grew up in Toronto, Ontario, but I spent a lot of time at high school, just north of there in Muskoka. I was 15 when I started snowboarding and I never took it very seriously until my 20s, when I left the waterski/wakeboard industry for snow. I knew I wanted to be an athlete and figured there were more opportunities in snowboarding.

What do you like most about living close to Whistler?

The 1st day of the snowboarding competition was slope style with poor visibility and wet & windy conditions making it challenging to say the least.  Boadercross was on day 2 with much better conditions and well groomed course minus a few icy banks.  The final day was half pipe in the “Bright pipe” that opened for the 1st day this season leaving competitors with no training days prior.

Crispin Lipscomb Back on the Olympic Road

Pro Ride coach and most amazing half pipe Olympian rider Crispin Lipscomb is back in training for the Sochi 2013 Winter Olympic games.  Crispin has been guest coaching with us for the past 3 years after retiring from the competition circuit in 2010.  He has been coaching Olympic hopeful and past Pro Ride coach Katie Tsuyuki for the past year which has given him the inspiration to get back to into completion level snowboarding.  Katie earned a spot on the Canadian National Team but turned it down to continue her 16 month training schedule with Crispin.  She has really stepped it up in the past year with Crispin’s new training program based on a philosophy of building confidence through technical skill development so that 100% process creates and inevitable outcome.

Whistler Summer Snowboard Camp sessions have now wrapped up for the 2013 season and it was one of our best summers on the glacier yet. Three busy weeks in June & July were filled with camp fires, hot tubs, biking, yoga, golfing, trampoline sessions, bungee jumping, talent shows, smores, and of course snowboarding!

Camp kicked off in late June with campers flying in from all over the world to shred in the summer. There was an overwhelmingly positive response to our private summer terrain park - designed and built by the amazing Warren Williams. Fun lines for everyone included a variety of beginner boxes, rails and jumps for campers who were new to the park and a large jump line to wall ride and turbo tube for the more advanced park riders. 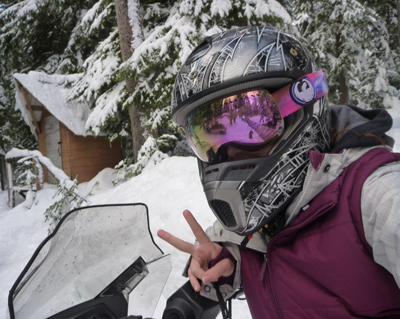 Once again it was the time of the year for the Pro Ride campers to go snowmobiling.  The snowmobiling trip is included for all Pro Ride courses between 8 - 12 weeks in length so we all set out on Saturday February 23rd to The Adventure Group office to sign up our waivers and get ready to head out for a day of backcountry snowmobiling.  The drive to Cougar Mountain was just 15 minutes north of Whistler Village but you are really out in the elements passing big lakes and beautiful mountains.

On Friday, February 1st, Pro Ride went on the annual camp road trip to Mount Seymour. The day trip is included for all campers doing Pro Ride for 8 weeks or more.  Coach Duncan lead the trip with day sighseeing and shopping in Vancouver followed by night riding at Mount Seymour. With a minivan booked the car was packed high with equipment and backpacks and just enough room to squeeze everyone in.  We got to the city around 11am and went straight to some serious shopping at Park Royal mall, which is in North Vancouver. A few people wanted to do some shopping, so we spent a good amount of time there. Vancouver is one of the most amazingly located cities, with mountains and snow only half an hour away.

PREPARE TO PARTY IN APRIL AND SLEEP IN MAY: THE WORLD SKI AND SNOWBOARD FESTIVAL TAKES OVER WHISTLER APRIL 12 TO 21, 2013

The WWSF officially starts today with a huge line up of Music, arts and ski and snowboard events.

With the last week of snowboard camps upon us all dates are now set and we have started taking bookings for next season. Bookings can be made for all Pro Ride Clinics, Camps & Course at www.pro-ride.com/book

just a quick email to let you know that I made it down to Vancouver. Thanks again for having me back here. it was a blast! I wish...