With snow falling in the valley as we speak Whistler and Blackcomb mountains have been seeing storm after storm drop white fluffy snow on the peaks for the last 3 weeks. 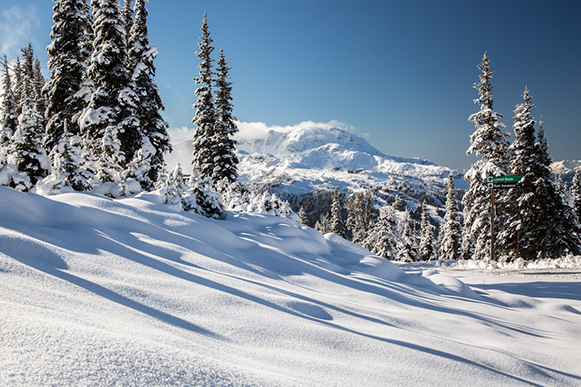 “Since November 1, we have received 98cm (38.5in) of natural snow as measured at our Pig Alley weather station on Whistler Mountain and we have another 45cm (18in) to 75cm (29.5in) in the forecast at higher elevations over the next few days,” says Doug MacFarlane, Director of Mountain Operations at Whistler Blackcomb. “

Whistler expects to have five lifts running, including the Whistler Village Gondola, the Creekside Gondola, Emerald Express, Big Red Express and Franz’s Chair and Blackcomb Mountain will open as scheduled on Nov 26th 2015.  More snow is in the forecast for the next 2 weeks so wax your board and get ready.

Whistler Blackcomb, the official alpine skiing venue for the 2010 Olympic and Paralympic Winter Games, is situated in the Resort Municipality of Whistler located in the Coast Mountains of British Columbia 125 kilometres (78 miles) from Vancouver, British Columbia. North America’s premier four season mountain resort, Whistler and Blackcomb are two side-by-side mountains which combined offer over 200 marked runs, 8,171 acres of terrain, 16 alpine bowls, three glaciers, receives on average over 1,163 centimetres (458 inches) of snow annually, and one of the longest ski seasons in North America. In the summer, Whistler Blackcomb offers a variety of activities, including hiking and biking trails, the Whistler Mountain Bike Park, and sightseeing on the PEAK 2 PEAK Gondola.

Thanks Karen! It's been such a pleasure, amazing experience! Thank you for having me at Pro Ride!!Hope you enjoy the holidays....