The season is upon us.  The annual buyers guide has hit shelves, there are shiny new decks hitting the stores and you’re board isn’t looking at spritely as it once was.

The thought of a new board can add a little extra excitement to the changing of the seasons, but it can also offer added anxiety as well. The following is a general outline of what you may come across while searching for your new ride.  Hopefully this will clear up a few of the questions you may have, so you can head onto the journey of snowboard acquisition armed with knowledge, and insight.

What board would you take here? 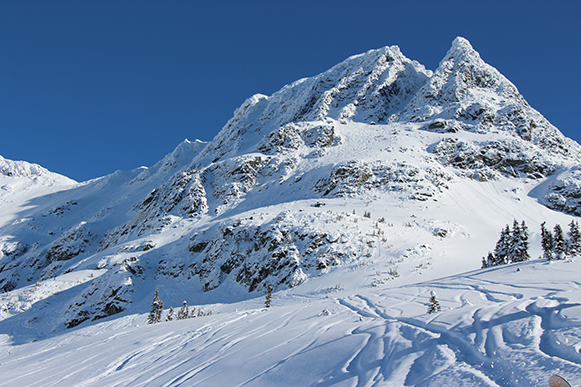 Twin boards are designed so both ends of the board are symmetrical. These boards can be ridden either direction without any difference. The sidecut, stance, and camber are set to be a perfect mirror from nose to tail, so most people choose to set their stance up right in the centre.
Twin boards are very popular among freestyle riders, as they tend to (or at least would like to think they) spend as much time riding switch as regular. Even though this won't help you master switch riding overnight, it will eliminate any small disadvantage a directional board may bestow. If you ride park, rails, or just like to spend your time being ambidextrous a twin board may be right up your ally.

Directional boards are made to ride in one direction, but this doesn’t mean that the option for switch riding in completely out of the question. On a lot of directional boards you wouldn’t even notice a difference between regular and switch. They do however offer the option of a set back stance, which increases the size of the boards nose, thus increasing surface area and floatation.  That translates in to less back leg ache when smashing the deep stuff. The sidecut, camber, and flex of the board is often designed to work better in one direction as well. If you spend most of your time with one leg in front, smashing pow and digging trenches a directional board might be a good place to start.

Hope they have somehting that'll float in that pow?

Camber aka: classic cambers, regular camber.
This is what started it all, and is still a great choice today. If you put a cambered board down on a flat surface you will notice it makes contact with the ground just in front of the nose and tail and middle is raised up off the ground. These boards have monster pop, great edge hold, and eat up bumps. They’re not as forgiving as some of the other shapes out there, but when you’re changing this hard are you really looking for forgiveness?

Reverse aka: Banana, rocker.
When reverse camber was introduced is completely changed the snowboard industry, turning it upside down, or at least turning the boards upside down.  When on a flat surface the middle of the board will be in contact with the surface and both ends rise from there. The reverse camber boards offered a more forgiving ride; with less edge digging into the snow there was less edge to catch, which made these boards really appeal to beginners and freestyle riders.

Flat
This is simple; the board is flat with just the nose and tail rising off of the ground. It a compromise between regular and reverse camber, and as all compromises go it has a little good from either side. It has a more playful feel then the camber board, but still lacks a bit of the aggressive edge hold. If you’re really a jack-of-all-trades, or you’ve been weighing you option in the store for more than 2 hours already, maybe this is you what you’ve been looking for.

Hybrid
This is a large category to consider. There are dozens of different hybrid designs, which mix aspects from all the camber options into one boards. Sometimes they create a more versatile board, and sometime they are designed specifically for powder, rail riding, or beginners. If you’re interested in a hybrid camber board, go out there and do you’re research, see what’s available, talk to the folks at the shop, ask questions and find out what you’re really getting.

This is a brief overview on some of the aspects that may come into play when you’re choosing a new board. There is still many different attributes to consider, such as: width, sidecut, shape, stiffness, and length but we’ll leave that for another time. No-one likes to be held back by their board so figure out where, and what you ride so you can get exactly what you need.

The 2015 lineup of Ride Snowboards can be found under our Snowboard Review Blog and our  friends at Snowboard Addiction also have a great video on how to buy a snowboard.