Submitted by Camper Ellie on Tue, 2017-04-25 10:22
Camper Ellie Shepherd wraps up her 2nd season with Pro Ride Snowboard Camps in Whistler.  Here is her review of the endless winter of snow we experienced here at camp. 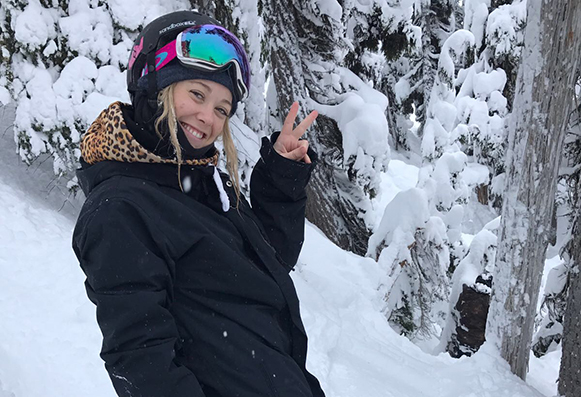 Photo Credit:
Pro Ride Camps
From the moment I returned to London from Pro Ride in February last year doing the freeride and freestyle course, I knew I wanted more, a lot more!  So within 2 weeks of getting home I had already paid the deposit for this season's Level 1 and 2 instructor training, in the hope that I could eventually make Whistler my home.
The ten month wait between then and arriving back in early January seemed the longest of my life but boarding that plane at London Heathrow airport I could barely contain my excitement. I had seen that the snow fall in December was next level and I couldn’t get on that bus fast enough and return to see my extended Pro Ride family. A lot of us had been in touch over the summer and some were returning to Pro Ride for the second year in a row.
Immediately when I got to the camp house I was met by familiar faces and some new ones too.  I was filled in on the snow conditions so far, features in the park, best back country mission from December and I could feel my excitement levels shooting through the roof!  Jet lag from the UK is pretty savage so I was awake at 4am fighting the urge to head on up and strap in, even though the gondola was not open for another 4 and a half hours.  There was no use in trying to get back to sleep again, I was raring to go.
The first day back on snow, and the familiar territory was as you can imagine, epic!  We all went out as one big crew which was the best way to get to know everyone and we had a sick time tearing up Whistler and then Blackcomb after a large portion of the traditional & famous Poutine for lunch (a French, Quebec dish of French fries topped with cheese curds and gravy). 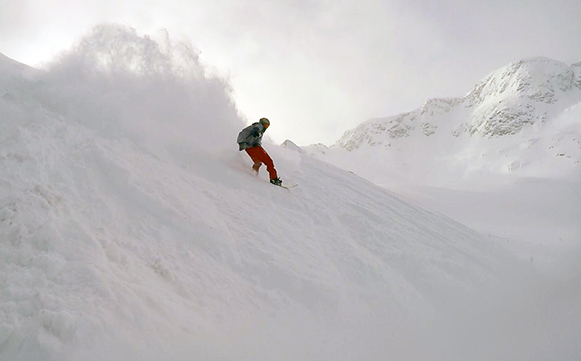 Photo Credit:
Ellie Shepherd
Friday night was the usual weekly get together at the Cinnamon Bear bar in the village where everyone hangs out with the coaches and all the other campers to catch up over beer and pizza and of course there is the lucky dip prize give away. I did pretty well this year coming away with a beanie (or touque as they call them over here), a jacket and some socks.
Training started on the Monday for the CASI Level 1 snowboard instructor.  There were five of us training for the exam and after a few weeks of expert coaching we all passed with flying colours maintaining Pro Ride’s 100% pass rate. We learned some great techniques for teaching beginner snowboarders up to novice and loads of personal rider improvement too. We had so much fun along the way.
Of course it wasn’t all just training, weekends were free time where we would head out as a whole crew.  Those that wanted to go through the park would head there while some headed for powder at the peak of whistler and then down to Creekside (a 7km leg burner) to visit Dusty’s for their famous aprés with their infamous Ceasers or beers. We also had a onesie day which consisted of, a cheetah, a unicorn, and skeleton, a dragon, a kangaroo and a 6’3” shark! 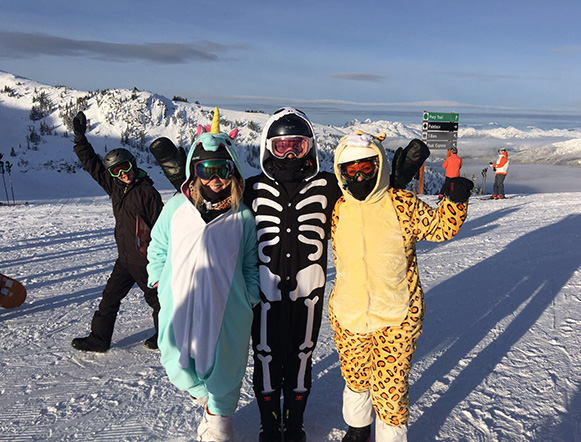 Photo Credit:
Pro Ride Camps
Every Saturday night we had “family dinner” where someone would pick a traditional dish from their country and cook for the rest of us. I did a roast dinner and yorkshire pudding, you can’t get much more traditionally British than that!
I celebrated my Birthday out in Whistler also which was a great experience. Rather than cook we all headed out to Sachi Sushi, probably my favourite restaurants in the whole village. They serve you sushi in wooden boats and of course we ate our body weight! 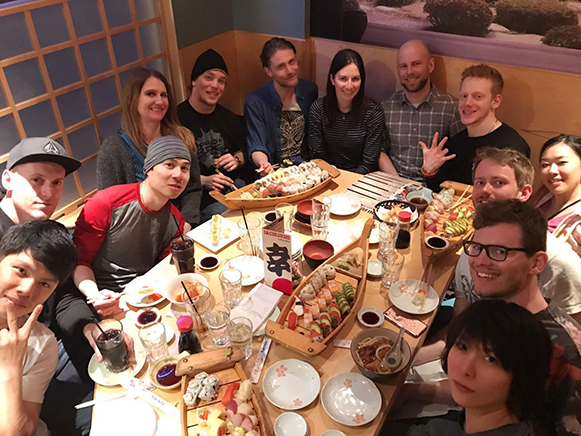 Photo Credit:
Ellie Shepherd
Level 2 training was a real step up from Level 1. It was so exciting learning new concepts and ways of teaching intermediate riders. I learnt so much from all the coaches and saw a vast improvement in my riding skills on piste, off piste and in the park too. Whistler Blackcomb has some of the best off piste I have ever known and that includes many of the European resorts. It was fascinating learning how to construct lessons for ungroomed terrain as well as groomed runs and learning to teach flat land tricks also was great fun. I felt fully equipped to face my Level 2 evaluation and a great part of that was from feedback whilst watching my own riding that was videoed every Tuesday.  Tuesday night is video analysis night and the coaches come to the camp house and highlight the good in your riding and then areas for improvement.  The great thing about this is that you can watch and see your riding develop as the course continues throughout the season. An invaluable tool!  I am happy to say that I passed my Level 2 after a successful 4 days of evaluation and i'm now qualified to teach almost anywhere in the world.  No prizes for guessing where I have chosen to follow that dream, of course Whistler Blackcomb, one of the best regarded snow schools in North America. 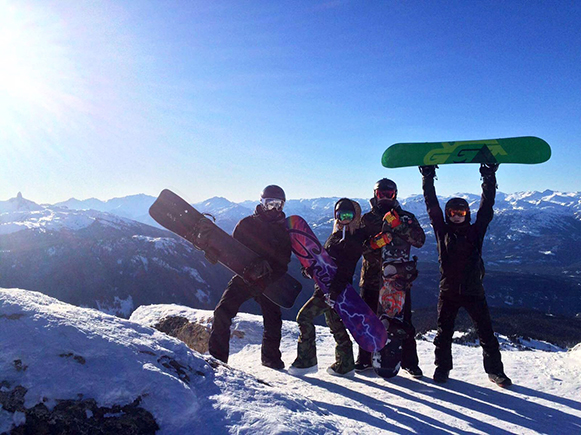 Photo Credit:
Ellie Shepherd
I leave tomorrow after a highly successful and hugely enjoyable season chasing my dream. With the help of Pro Ride’s excellent programs, expert teaching from the best coaches in Whistler Blackcomb and buckets of fun and laughter along the way, I leave Whistler knowing I am coming back in a matter of months to see friends I have made, both old and new and to start the exciting new chapter of my life.
Thank you Pro Ride, Karen and all the coaches Duncan, Terra, Tim, Kelsey, Lance, Simon, Charlie and Alan, none of this would have been possible without you all.  See you all in the autumn for my third year in a row, this time instructing myself and sharing my love of snowboarding with many more people of all ages from all corners of the globe. I can’t wait!
Ellie Shepherd - London UK 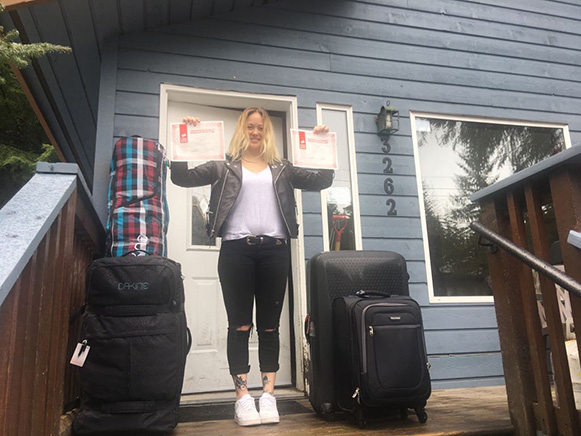 Pro-Ride is an awesome concept, without doubt the best way I have found to improve my riding, and great value too. I can't...