One month on, and while some things have changed, the snow-based dream chasing remains the same.

We’ve had waves of new Pro riders coming through the house and lots of friends from home visiting, so no one has been short of people to play out with. A few have moved on and are sorely missed already. Calum (no longer taco record holder, but still drinking champion) and The Matrix have just missioned it back to the southern hemisphere to start uni and “get back on the mangle horse”, so I do feel a bit like I’ve been riding with a limb missing lately.

The Pro Ride campers killing it all day everyday in the Terrain Garden!

Australia Day saw the rise of around a thousand, semi-dressed wild Aussies dancing above the Terrain Garden. We spent the morning doing Peak to Creek pow laps and then hit the park. Matrix cracked a few spins in her “Straya” flag cape and I smashed my face into the deck a few times to entertain the crowd.  The day ended with apres at Dustys, and needless to say, we celebrated into the early hours. 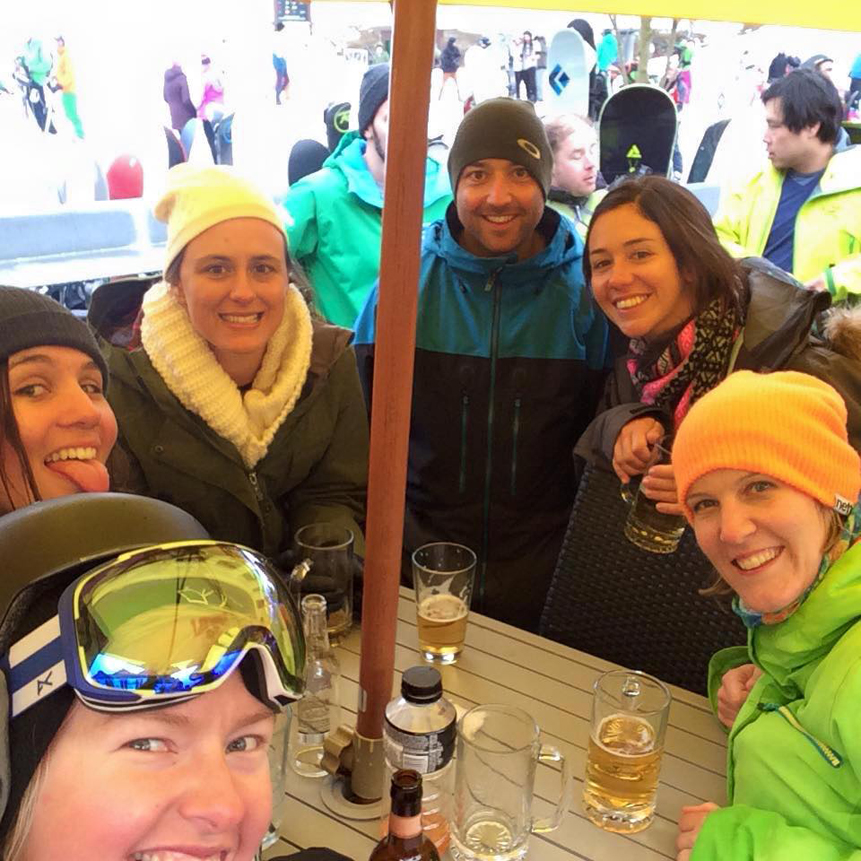 This month we did an avi awareness course, which was super interesting and useful. We also did ‘Fresh Tracks’: a 6am start with the world’s largest breakfast on the mountain.  With pockets full of kilos of bacon  we got fresh lines before the mountain opened to the public.

Level 2 Instructor exams are now done and glad to say i passed, so onto freestyle sessions in the terrain parks, which are all in good condition and the sun is shining. Recently, some of us got to spend a day shredding with BC’s own Geoff Brown (totally sick!) and a day filming with the Snowboard Addiction guys, so look out for us in their next vid. We’ve also pioneered a new trick, the ‘backside ezel’. Ezel [noun ay/zel]: Dutch for ‘donkey’, to stomp it properly riders must make a true ass of themselves with no style and sound effects.

With no steep and deep on offer this month, we’ve discovered new things help satisfy the need for speed. Harly clocked 115km/h on the Gozilla zip-line, in the dark…that day was a laugh! We also spent a day snowmobiling. Calum in true form wrote off his sled on the third bend. I’m going split boarding this weekend. I’ll let you know if I find some snow. 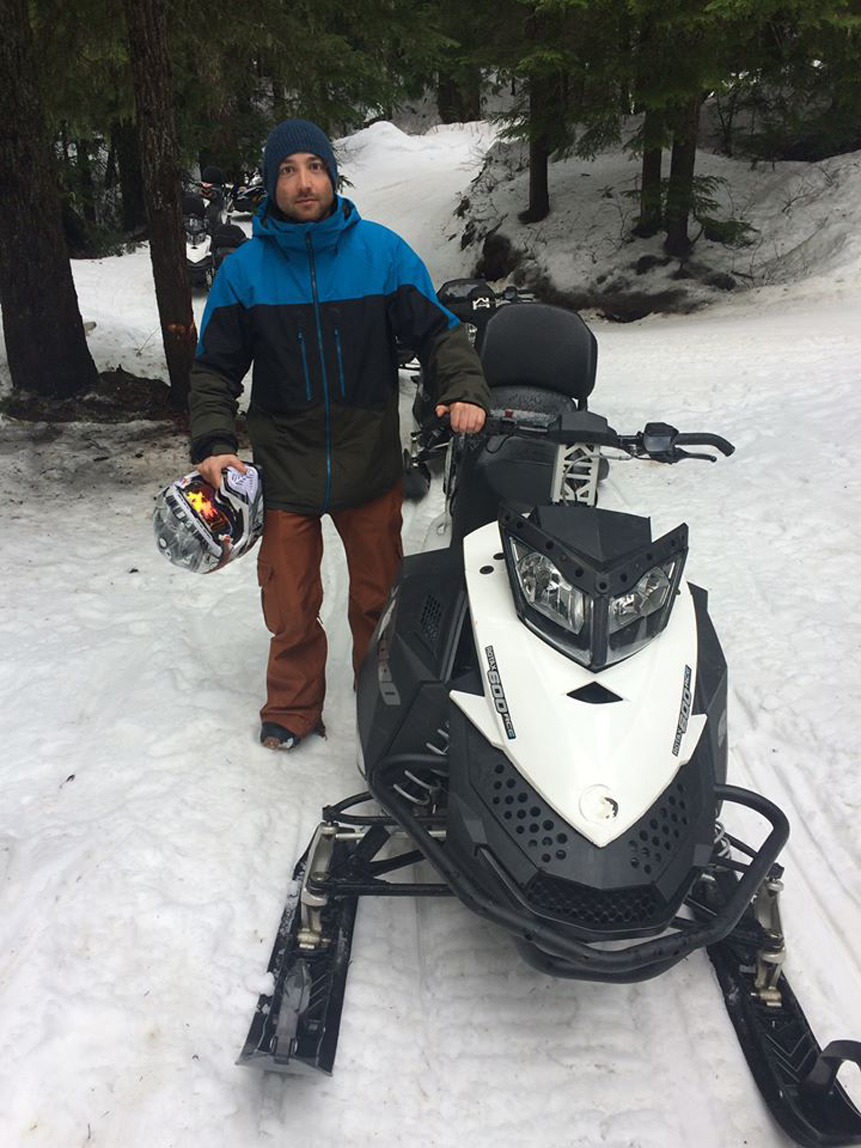 I have taken two days off snowboarding so far, which actually turned out surprisingly well, as I got to see some of the real world outside of the Whistler Disney bubble. I can fully recommend taking a few trips out: In particular, the Cheakamus River Suspension Bridge, and Nairn Falls near Pemberton were both awesome.

As a final thought, I bought a mini Bluetooth speaker, which has converted my jacket into a jukebox. It turns out bluegrass music and snowboarding are meant to be together, I’ve discovered. It makes you feel like a getaway driver. Try it - you might like it. 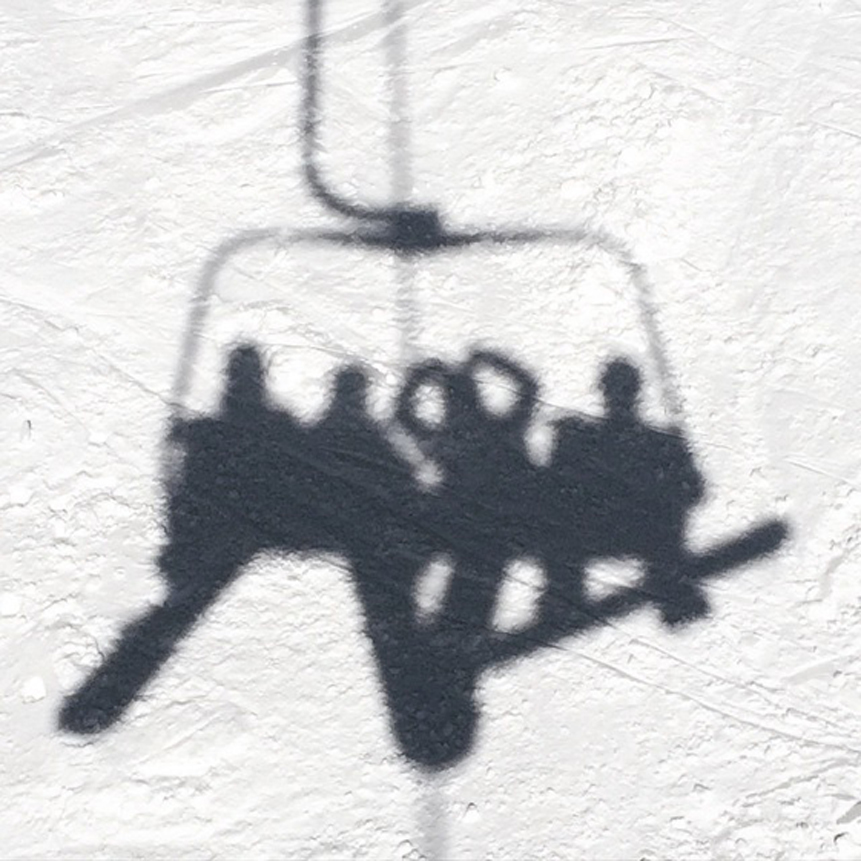 Valentines Day Love from the chair!

If it weren't for the expert level of tuition and constant feedback on my progress at the 12 week camp I attended, then there...