January felt like a pretty short month for me. Early New Years day I got viciously hit with a bad flu. After two hospital trips, some very awful antibiotics and 10 days stuck in bed, I was finally feeling like myself again. 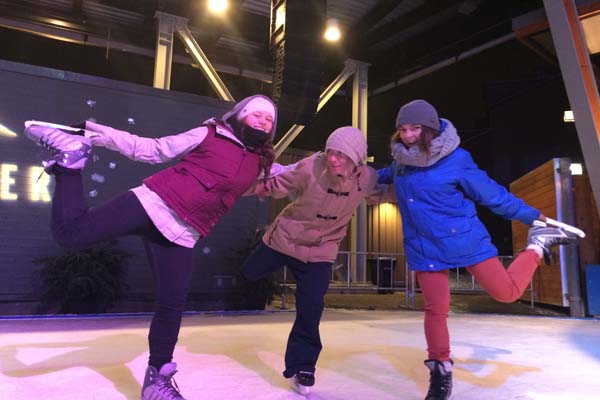 On January 8th Duncan organized for all of us to go ice skating in the marketplace. The whole brio house crew came plus a bunch of the coaches. All the campers were far from Pro. Duncan was turned from snowboard coach to ice skating coach, throwing out words of wisdom left, right and center. After 30 minutes or so everyone was feeling reasonably comfortable on their feet, so we decided to play a game of tag. This was pretty sketchy considering the rink was super busy and we were a massive group, darting around and moving in the opposite direction of the traffic. They then handed out a bunch of hockey sticks and sectioned off part of the rink for ice hockey. This was super fun, I have always wanted to play ice hockey. It’s definitely so much harder than it looks.

On Friday January 10th I was finally feeling well enough to get back on my snowboard. I went up Blackcomb with Raff (a Pro Ride camper from last year) and Joel. It had snowed about 10cm that night so we rode Crystal Chair trying to find the powder. 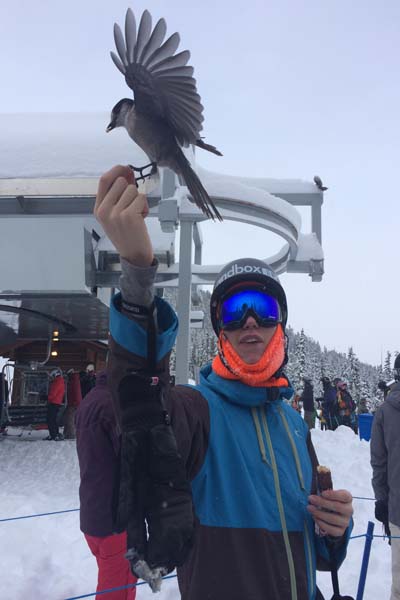 It continued to snow over the weekend, Saturday receiving 50cm. But due to the avalanche risk none of the alpine chairs were opened that day. On Sunday Ben (from Iceland) and myself went up at about 10am, in the hope that they would open the alpine chairs. As we got to the top of Whistler they opened Harmony and Symphony chair. We bolted over there to stand in the massive Harmony lift line, giving us lots of time to feed the birdies. It was extremely windy at the top, this made the cat track ride around to Symphony pretty scary. I had never been over there before and the visibility was only a few meters. There was so much snow! I have probably only ever had about 10 powder days in my whole snowboarding career so I’m not very good. It’s extremely different to normal riding! On the way down we decided to take the bike track that leads to the top of our housing estate (meaning we don’t have to catch the bus). Its about an 8 minute walk from where you unstrap your snowboard. We previously hadn’t been able to use it, because there had been such little snow. 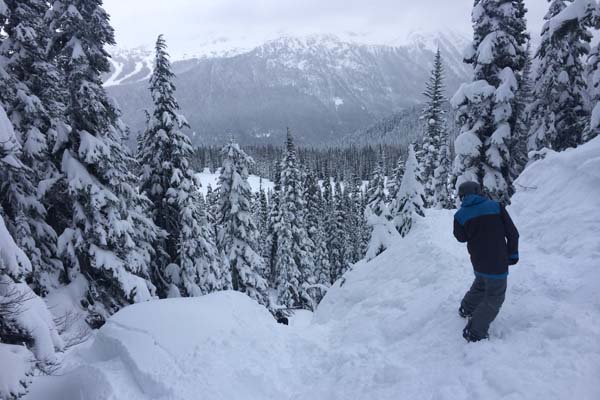 Monday I was back on Pro Ride for my 4th week of freestyle. I hadn’t ridden park in nearly 2 weeks so I was just super happy to be back there again. I took it super easy for the first few days, just getting used to the jumps and rails again. On Wednesday we were on Whistler, the terrain park was in the process of moving from its temporary location on Crabapple in the lower mountain, to its usual spot at the top of Green chair. We had a super fun morning mucking around between the two parks. Friday we were back on Blackcomb, before our lesson a few of us rolled through the blue park. All the boxes were gone, my difficult rails had been put in and the jumps seemed to be bigger. This could only mean one thing … they had opened the Terrain Garden! The Terrain Garden is Blackcomb’s beginner park. With 6 smaller jumps and a bunch of easy rails and boxes. This is by far my favorite park out of the two mountains! It’s great for learning new things and having fun on features with reasonably low consequence.