For the next 3 weeks I will be taking a brake from the park and be focusing on Level 2 training. Lisa is going to be instructing us for the next few weeks. She is a Level 3 instructors and a Level 2 evaluator. For the first few days it was only myself and another girl, also called Lisa from Australia, in our Level 2 group. We really focused on our riding to begin with, learning the 4 different types of turns and which terrain pitch they are best suited to (basic carving, intermediate carving, intermediate sliding turns and advanced sliding turns). On Wednesday we were on whistler and went over to Symphony to work on our intermediate sliding turns. It was such a beautiful day, the sun was shining and the sky was so blue. 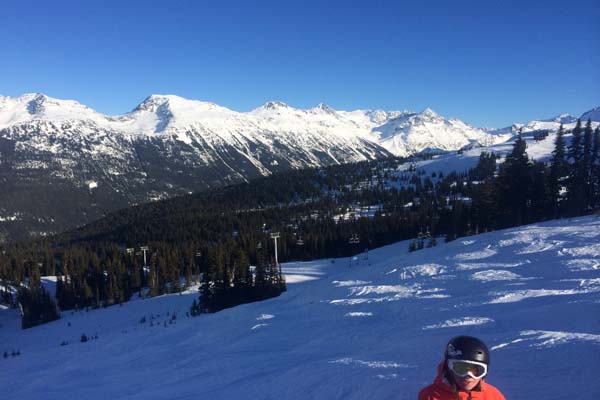 Wednesday night Olympian and Pro Ride coach Crispin Lipscomb was having a Fundraiser at The Longhorn Saloon. Crispin is a Halfpipe Rider that will be representing Canada in the upcoming Sochi Olympics. In August last year Crispin invited me out to Cardrona, New Zealand to train with him in the Halfpipe at the Olympic training camp and also to compete in the New Zealand junior nationals Halfpipe competition. All of the Pro Ride campers and coaches, along with a massive crowd of locals were there to support him. There was a silent auction with some great things up for grabs donated by a bunch of local Whistler businesses. All together with the silent auction, the 50/50 raffle tickets I was selling and donations Crispin raised over ten thousand dollars. We all wish him the best of luck in Sochi next month. 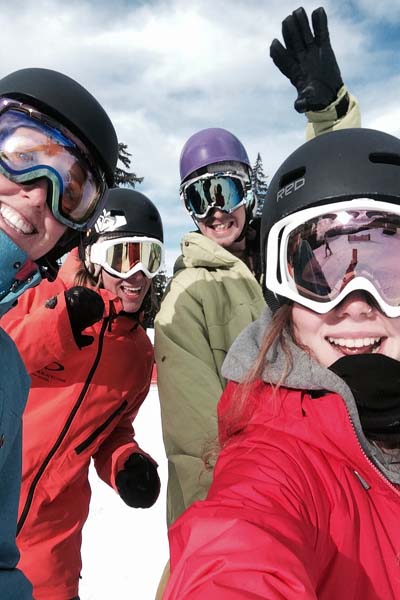 On Monday we went to the the Magic Carpet area on Blackcomb to revise our Level 1 teaching. Our group was instructor Lisa, Joel, Lisa and Ed. We were working on adapting our lessons to suit 6 year olds. This was super fun because we all got to act super silly. I went first at being the instructor and everyone was being so silly and not listening to a word I was saying. I think the people on the chair above us got a good laugh out of it. I finally got them under control and was able to teach a super fun kids lesson filled with games. Lisa let me wear her snowboard instructor jacket while we were doing this. 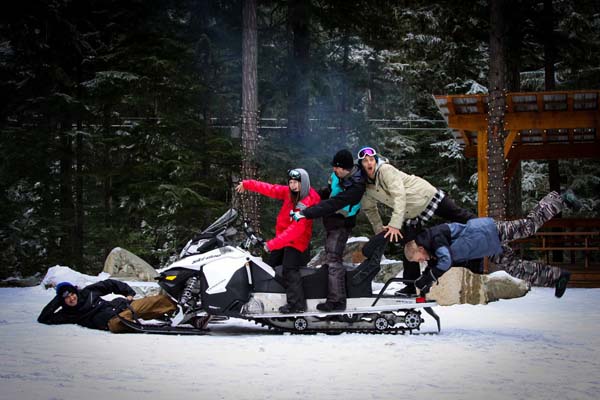 On Thursday Karen had organized for a bunch of us to go snowmobiling. We all met in the village that morning, and were then taken by bus up to cougar mountain (about 20 minutes north of Whistler). We were a group of 5 Charlie, Dan, Adrian, Tana and myself. We ripped around on the trails, stopping to take a few pictures of the mazing views surrounding us. We then stopped at a little hut thing where we ate Danish pastries and drank hot chocolate around the fire. We then made our way back to the main base. This is the 2nd time I have been snowmobiling and I think I’m starting to get the hang of it. 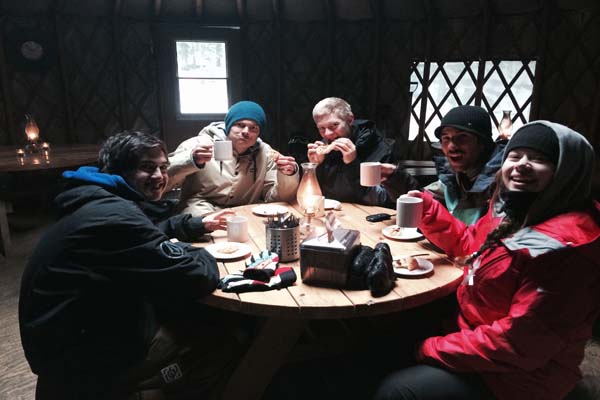 Then next day we had a morning lesson up on Whistler, working on our riding technique and the teaching side of things. That night my Dad was arriving in Whistler. I was super excited to see him (it had been about 3 months since I had seen him last). He will be in Whistler for 5 days staying in the village. The next day I had an afternoon lesson but I went up early with dad. He came at a pretty good time because we were heavily into our teaching theory for level 2 and I was able to practice my teaching on Dad.

On the weekend Jack, Scott and Ed all passed their Level 1 snowboard instructor exam despite the super cold conditions! Congratulations guys !!!

Hi Karen,Thanks for organizing our trip.  We had a great time.  You’ll likely see us back in a few years.  I hope...