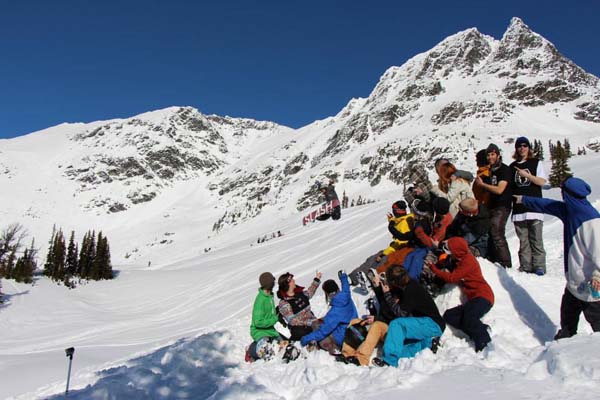 The freestyle group had afternoon lessons up on Blackcomb. It had snowed about 20 cm Sunday night, so we went searching for powder and ended up riding the Valley of Death and the other creek bed over near Crystal Chair. There was quite a lot of snow down there, so Duncan, Joel and Adam were jumping off some seriously big cliffs. It was pretty impressive to watch. At the end of the day, Lisa and Duncan said that was probably the first time they had ever taken a pro ride group through the creek beds and not had to pull someone out of a hole, ha-ha, now that’s saying something.

Tuesday was video day as usual. Lisa took Dan and myself to the terrain park where we had a really successful day. I landed a bunch of back 180s cleanly to the landing. I was super stoked. Dan did some banger front 180s, sending it super deep. It was snowing like crazy with bad visibility all afternoon. Lisa was saying how it’s good to ride in such trying conditions because not all competitions are going to be in blue bird conditions, that’s why training when the weather is bad can be really valuable.

Pro Ride in the Valley of Death.jpg 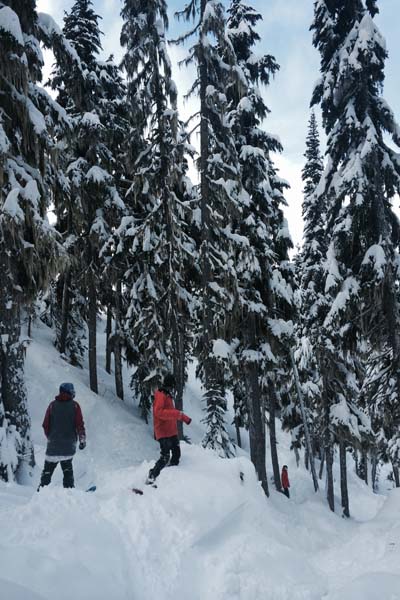 I fell off my skateboard onto my outstretched arm at the Sk8 Cave 5 days ago (Saturday). At the time it seemed ok, but during this week it was slowly getting more and more painful. Thursday I didn’t go to training and went and saw the doctor and a physiotherapist. They diagnosed it as a long head bicep strain and anterior deltoid strain in my right shoulder. I was to wear a sling 24/7 until further notice… great.

Over the weekend my collarbone became really swollen and sore to move and extremely painful to touch. I went back to the physio on Monday where he advised I go and get an x-ray of my collarbone. The doctor I saw at the hospital examined my shoulder and suspected I have a non-displaced fracture in my collarbone. After examining the x-rays it didn’t show any signs of a fracture, but the doctor was quite sure it was fractured and told me to keep it in the sling and treat it like one and in a week to come back for another x-ray that would possibly show signs of the fracture healing or rule it out all together. So I was definitely not riding this week. 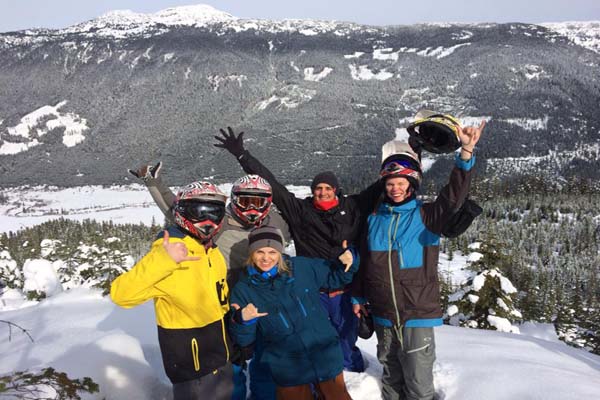 On Tuesday Pro Ride was having a jump day, the first one of the year. I was super annoyed that I couldn’t be there; I had a bunch of new tricks in mind that I wanted to try. Hopefully it will dump snow again soon and they will have another one when my shoulder is better. On Wednesday the other group of long term pro riders (Ben, Scott, Caren, Lewis and Jose) went snowmobiling. They had a bunch of fresh snow to smash through, after speaking to all of them about it, it sounds like they all had a pretty sick time.