Camper Bianca Brewer is out from Belgium to become a snowboard instructor with Pro Ride. Read about her 5th week at Pro Ride Snowboard Camps. 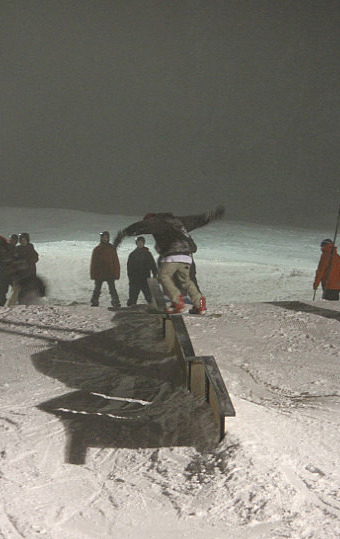 New Year's was a really fun time to be here in Whistler! The weekend before there was a Rail Jam on in the village, which Fed took part in. We all went to watch and support him, and I took some pictures for him there too. There were probably about thirty to forty people participating, some of which were really good! They were doing crazy tricks on the two rails that had been set up at the bottom of the run down to the village. There were even two little boys hitting the rails, who must have only been about seven or eight years old. Crazy kids!

On Sunday I went to watch the Fire and Ice show again, but this time in a far more civilized setting! Roy had just come back up to Whistler from Seattle with a friend for New Years, he's the guy who was doing Pro Ride that I went down to Vancouver with during my first weekend in Canada. He invited me round for dinner before the Fire and Ice show. He was staying at a hotel in the village and had a balcony that overlooked the village gondola square, so it had a perfect view of the whole show. Roy and his friend made us steaks and then we watched the show from their balcony, it was so nice to not freeze my butt off watching it for a change! 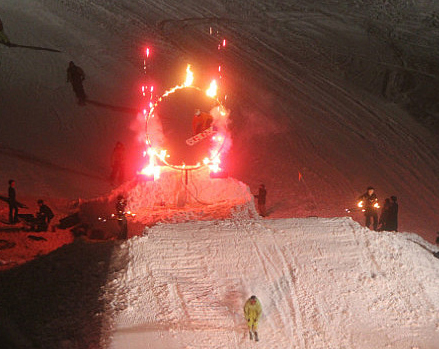 My Mum sent me a parcel from home which was meant to arrive before Christmas, but instead I ended up getting it on New Year's Eve. It was actually kind of nice to receive another parcel a week after Christmas, it felt like the holidays just kept on coming. The package was filled with all sorts of lovely little things from home, all things that I've really missed! Chocolate, tea, gum, Christmas cake, my favourite slippers, a toilet roll (that's an inside joke that I'm not going to share with everybody just yet :-p), new gloves, etc. It's so nice to get post from home! Thank you Mum, you're the best!

Come Monday, New Year's Eve, we still hadn't really decided what we were doing to celebrate in the evening. We were told by locals to stay away from the village, because apparently it just gets super packed and everything is ridiculously expensive. Karen had told us about Dusty's, a bar in Creekside, that has free entry if you get there before 9pm (instead of paying 100 bucks to go out to a bar in the village on New Year's Eve!!!). When we all got home from riding we decided that's what we would do. We left the house around 7pm and still queued for about an hour to get into Dusty's, but it was totally worth it. We all had a really good night there! New Year's is always hyped up to be the best night of the year, which usually means you end up a bit disappointed. But New Year's in Whistler was definitely a lot of fun! Might of had bit much to drink though... Luckily we didn't have a training session until the afternoon! Although I have to admit that I still felt a little drunk by that time of the day :-p! Haha! 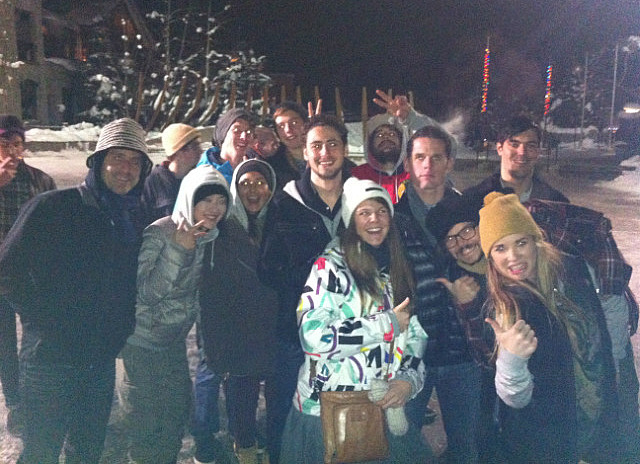 My New Year's resolution: nothing in particular... 2013 is going to be a great year! No

I just wanted to drop you a note to say a huge thanks for the time I spent with pro-ride. I had an amazing time and hope to be...