Travis Rice once again made history on February 4th, winning the first Redbull Supernatural. A contest like this has never been held before, and will change all contests forever. The Supernatural combined everything that goes into a professional snowboard video part, and put it all into one 2 minute run.
The course which was built at Baldface lodge, above Nelson BC, is like nothing you've ever seen before. Starting out with a man made big mountain pillow section, then heading into a 100ft X-games style big air jump with a pow landing, then finishing off with a jib garden. 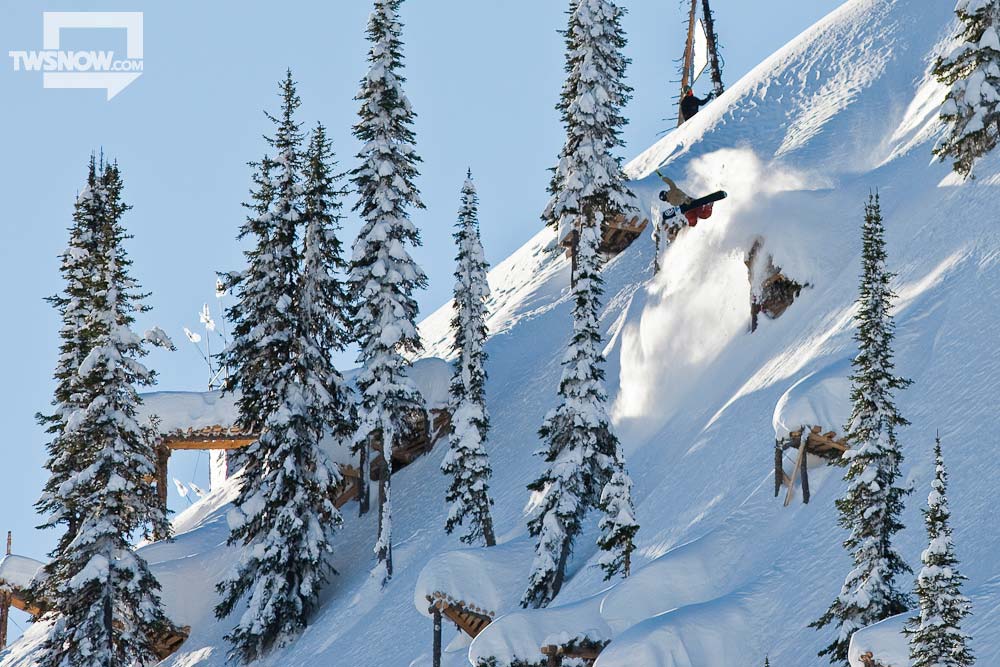 Scotty Lago stating things off with a giant Method. 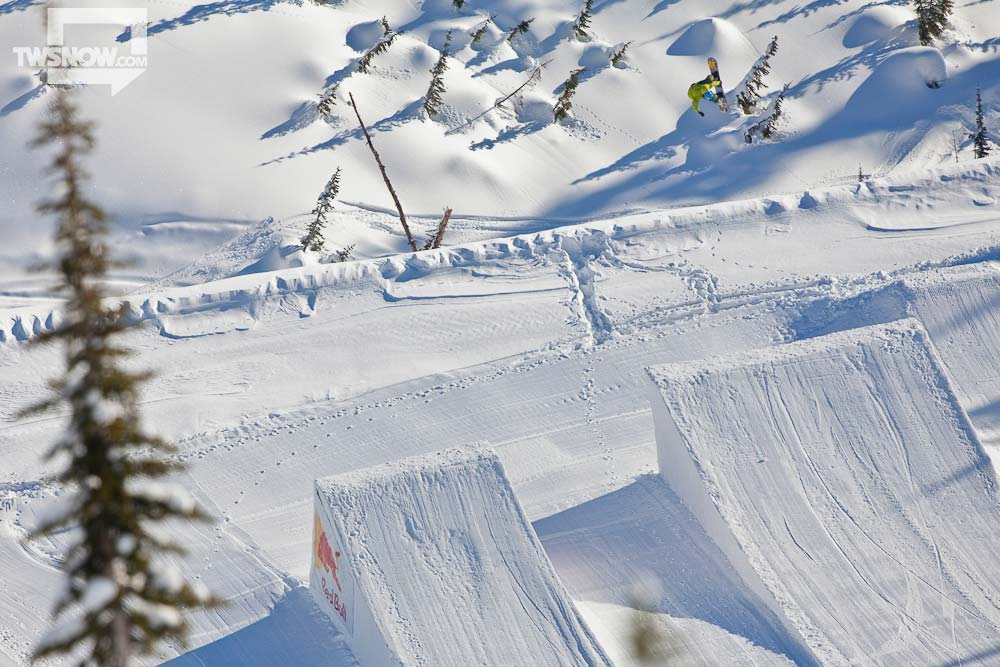 John Jackson with a BS Double Cork 10, which earned him best rick of the event. 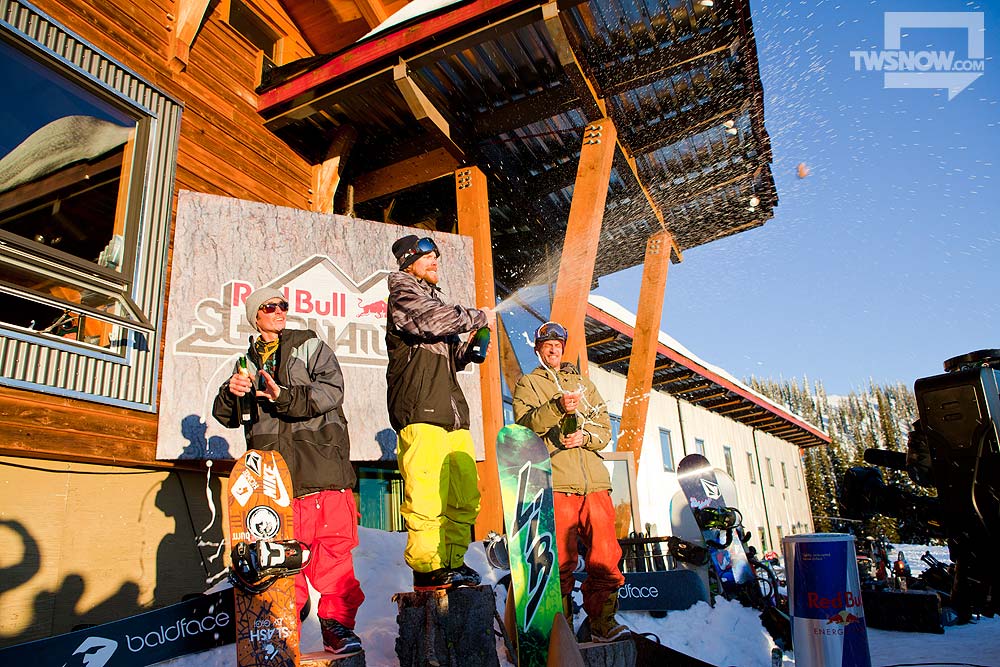